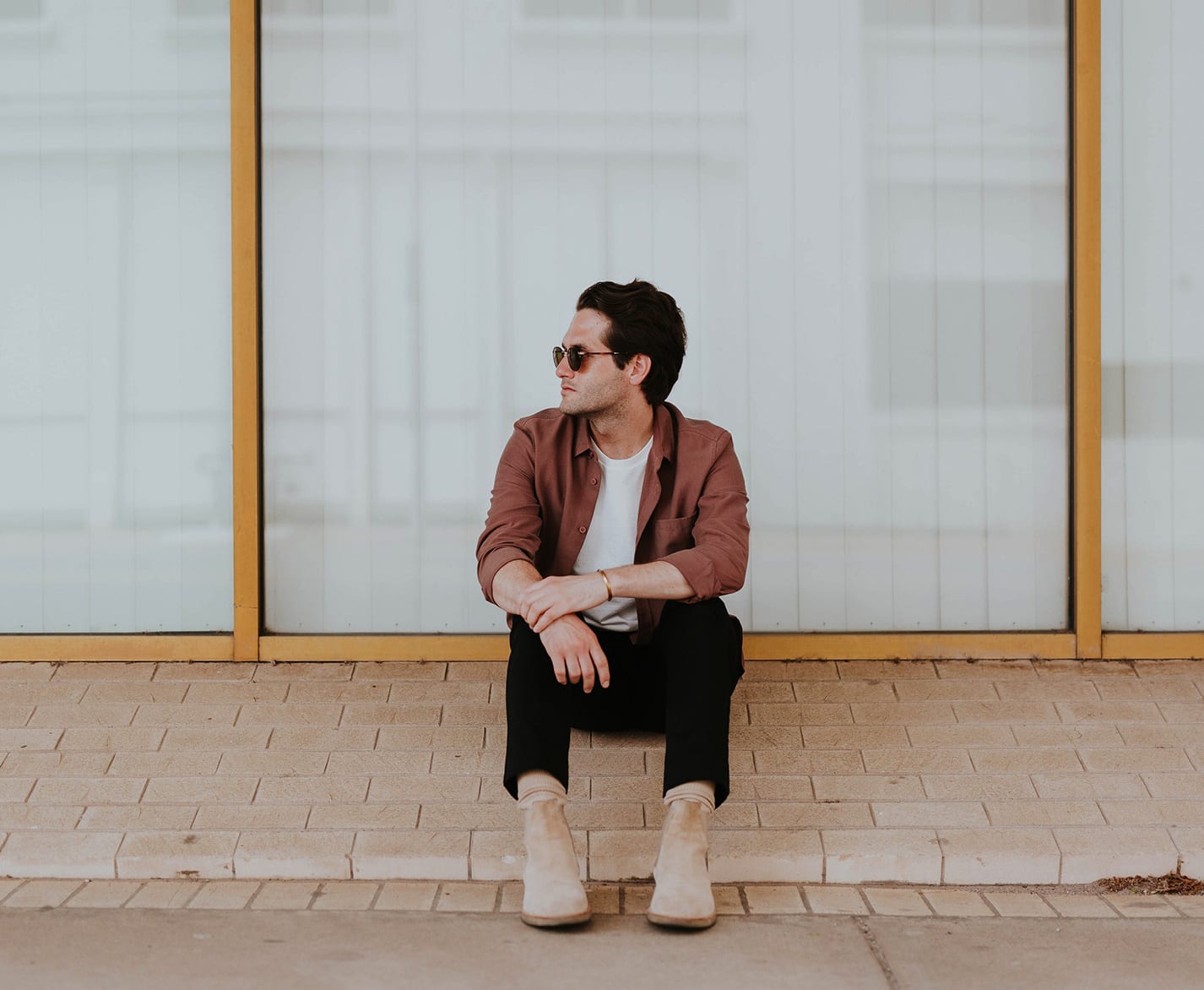 A Timeless Take on Men’s Trends

Few things in the world are as fleeting as fashion. One day your arsenal of Ed Hardy tees and Von Dutch trucker hats put you at the forefront of fashion, the next—you’re not even part of the conversation. The truth is, trends come and go.

As a guy in his 40s, I can avoid a lot of “here today, gone tomorrow” trends by steering clear of the ones that are not age-appropriate. Whenever my teenage son makes fun of my sneakers (usually a pair of Asics cross trainers or suede Pumas), I slide on a pair of his LeBron XIVs and show him just how ridiculous I look in them. Then, he yells at me for stretching them out with my fat Fred Flintstone feet.

With men’s eyewear, trendy glasses come and go, too. I recently dug up a photo of me from the early 2000s (not really eons ago) where I was wearing very simple, slightly oversized designer glasses. Immediately, my friend decided to call me “Jonathan Lipnicki,” because these particular designer frames reminded him of the metal frames worn by the bespectacled child actor in the 1996 hit film, Jerry Maguire.

Fortunately, in men’s fashion eyewear (and sunglasses in particular) there are a handful of styles that just never, ever go out of style. Like a basic t-shirt, or parachute pants they have unrivaled staying power: The Aviator and its slightly squared-off first cousin, the Navigator. Here’s a quick look back at cool guys who’ve worn them, by the decade:

As you can see it’s a pretty good group. Say what you want about Hasselhoff, they guy made millions off of the syndication right from Baywatch.

Another timeless sunglass is the Wayfarer. If the aviator is the frame that means business, then the wayfarer is the one that says “let’s party.” Wayfarers have been around for nearly as long as Aviators and they always seem to be worn by guys having fun—Andy Warhol, JFK, The Blues Brothers, Billy Joel, Ferris Bueller, Rob Gronkowski, and guys on the conga line at weddings. There’s something about these frames that says fun.

While Ray-Ban is the brand that originated the both styles (and still produces about a million variations), there is no shortage of designer eyewear companies making their own versions today in a host of colors and finishes.

Tom Ford’s Indiana and Michael Kors’s Piper are true to the original aviator style, while Persol’s PO2424S features the familiar aviator shape, but with stylized acetate/metal temples. If you like the shape of aviators, but choose want something that goes against my “timeless trend,” take a look at Lacoste’s L3103S. It has the great shape of an aviator, but with temples and bridges in your choice of bold colors like red, yellow, or lime green. These would look great with those aforementioned LeBrons.

If you’re looking at the wayfarer shape of, you can go with traditional hues or not. I favor traditional colors like black or horn/tortoise. They still say “fun,” but in a more refined way. Another great option in fashion eyeglasses I just discovered is Ray-Ban’s Wayfarer Leather. Just like the name says, these are frames that are somehow (science?) covered in calf leather. They come in black, brown, copper, and blue. They work great as both suns or optical frames. The Dolce & Gabbana DG4254 is another great option and it comes in black and traditional tortoise. If you want something with a bit of an edge, it’s also available in what I would call a “green/olive tortoise,” as well as clear acetate.

While I could go on and on (and on) about these styles, your best bet is to actually see them for yourself at your local Cohen’s Fashion Optical. That way, you can see which eyewear trends work for you—and which ones leave you looking like The Hoff, circa 2017.

Share this ArticleLike this article? Email it to a friend!
Email sent!